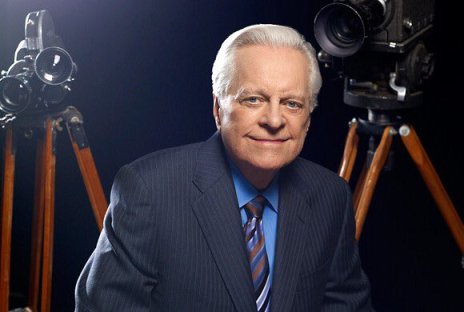 Robert Osborne comforted me during times of sadness and unease.

Robert Osborne made a young girl who loved classic movies and was bullied for it feel less alone.

Robert Osborne explained that the movies were best seen on the big screen.

Robert Osborne was the best film history teacher I ever had.

Robert Osborne has had a profound impact on my life but I never got to tell him. I never met Robert Osborne but throughout the past 20 years of my life he was always there on my tv screen. Robert was my quintessential classic movie buddy. As a classic film scholar and fan, he was the link to a world that is now gone. When he introduced each film on TCM, not only was he passionate and respectful of Hollywood, he lived it. He knew the men and women he was talking about.

It’s hard to put into words just what Robert Osborne means to me. His work even inspired me to create this blog. I am so grateful that he and TCM were brought into my life. TCM isn’t just television, it’s a family and Robert is the grandfather gathering us around for story time sharing his wisdom. His gentle presence is what made him stand above all others. Robert wasn’t just a host, he was a storyteller. What I’ll miss so much is his respect for each and every movie he introduced. Robert understood each film’s place in history. No film was ever “beneath him.” He didn’t just know everything about movies, he cared about them and wanted to share that passion.

This afternoon when I heard the news of his passing I felt like I lost a family member. His absence has been felt in my life for the last year as his intros ceased on TCM due to his declining health. Despite hearing news of frequently canceled engagements, I hoped he’d be back in his rightful place on that chair in the TCM living room with his TCM bistro mug by his side. But it wasn’t meant to be. Having an interest in classic cinema I’m used to loss. When I discovered many of my favorite actors and actresses they were already dead some for over 30 years. Now there aren’t many left. It hurts but they’ll always be with us thanks to technology. It’s a comforting thought but the emptiness will remain.

I spent the day thinking about lonely nights that were made better with Robert’s presence on my tv screen and how so many of my favorite talents were introduced to me by him. A Robert Osborne bobblehead sits on my desk and fills me with the same comfort of his intros. The best thing I think we can all do during this time is to continue to watch the movies and be the Robert Osborne to people in our lives. The world is in a dark place and it’s important to find escape once in a while. Robert said it best in an interview on CBS Sunday Morning last year:

“I think we have to have dreams. We need a little Carmen Miranda with all her tutti frutti hats. We need to be taken into a fantasy world, and not be afraid to go there occasionally.”

Rest in peace Robert. While you may not have been in my life physically, your presence was always felt.