I’ve always considered TCM my film school and I know so many others who didn’t go to traditional film school feel the same way. Within the last few years I’ve seen TCM go even further in their commitment to educating their audience by giving diverse voices a place to speak.  We’ve grown as a society and the network has been very good at reflecting that, so I was thrilled to see TCM spotlighting important queer filmmakers and films during the month of June, Pride Month. The spotlight on Classic Hollywood’s LGBTQ community couldn’t have come at a better time since Moonlight won the Oscar for Best Picture this year, the first for a film that features a gay lead. 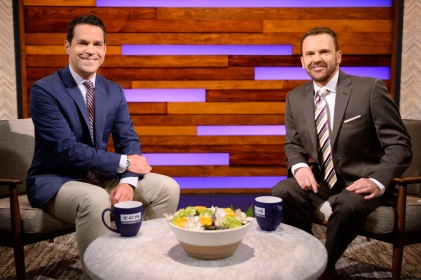 Gay Hollywood’s history has largely been hidden just like it was for the time these filmmakers, stars and creatives worked. Former Entertainment Weekly columnist and Oscar historian Dave Karger, who is always a wonderful guest host, is joined by William Mann, author of Kate: The Woman Who Was Hepburn, Wisecracker: The Life and Times of William Haines, and Behind the Screen: How Gays and Lesbians Shaped Hollywood. Karger was kind enough to answer a few questions about the film series which concludes Thursday, June 29th.

1. I’m a very proud of TCM for spotlighting the gay community’s contributions to Classic Hollywood. As the host, why do you feel it is important to bring these actors and creatives’ stories to light?

I’m proud of TCM too! And I’m so happy to be a part of this series. I think it’s important because for decades, gay men and lesbians in Hollywood weren’t able to live truthfully for fear of being discriminated against, losing their audience, or violating the Hays Code. This TCM Spotlight allows us to recognize the achievements of the gay community in the film industry starting as long as 85 years ago.

2. This year’s Oscar for Best Picture Moonlight made history becoming the first LGBT film to win, which just goes to show how long this road has been for representation of the gay community on film. What movies from the classic era do you think helped lay the groundwork for stories like this one to be told?
Obviously, movies like Midnight Cowboy, Boys Don’t Cry, and Brokeback Mountain, all of which won major Academy Awards, furthered the cause. But I would also single out Cheryl Dunye’s The Watermelon Woman, a film that brought to life the black lesbian experience two decades ago.
3. What is the earliest instance of a gay character on film?
If you go all the way back to 1895 you can see two men dancing quite intimately in The Dixon Experimental Sound Film. But it’s only through 21st Century eyes that we would perceive them as gay. 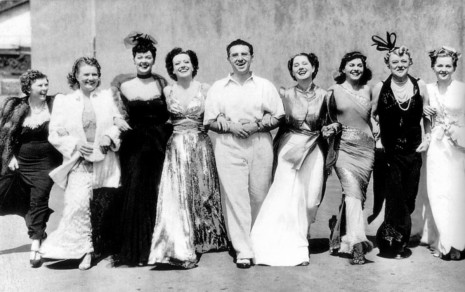 Director George Cukor with the cast of his film, The Women

4. Gay rights has advanced a lot in the past few decades and some people might not realize just how difficult it was for LGBT people to live authentically. Aside from the gay stories happening on screen, what were some of the challenges gay filmmakers faced in real life in the studio era?
Earlier this month we featured the gay actor William Haines, who was a big star in the ‘20s and ‘30s but refused to play the Hollywood game and date women. Eventually studio head Louis B. Mayer issued an ultimatum and told him to deny his sexuality or lose his job at the studio. So his homosexuality essentially ended his film career.

5. What obstacles do you still see for gay filmmakers or stories about LGBT people today?
I still think we have to ground to make up when it comes to the major studio system. Too often gay characters are comedic sidekicks or even villains. I’d love to see more big-studio films feature gay characters in lead roles with complex storylines.

6. What is the one thing you hope viewers take away from this series that’s still applicable in the 21st century?
I would love for people to be inspired by the courage and artistry of the gay men and lesbians that we’re featuring. While they might not have been “out” publicly in the sense that we understand today, they still lived with some level of authenticity and contributed immensely to the film industry in lasting ways. 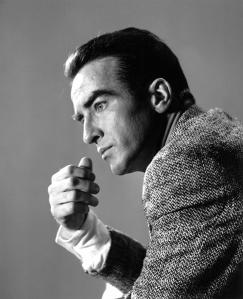 7. During your research, who’s story inspired you most on a personal level?
I was very moved by the story of Montgomery Clift, particularly around the filming of Suddenly Last Summer which we’re airing this week. This was after his horrible car accident and during a time when he was abusing alcohol which negatively affected his performance on the set. But both Elizabeth Taylor and Katharine Hepburn supported him on set and helped him through such a difficult time. Clearly, Clift had a good heart despite his addictions.
8. For viewers who want to learn more about these stories, what books or documentaries would you recommend for further education?
Everyone should see the fantastic documentary The Celluloid Closet which is the ultimate primer on Gay Hollywood. And my guest for the series, William J. Mann, has written several fascinating books including Behind The Screen and the William Haines biography Wisecracker.
Many thanks to Dave and TCM for taking the time to chat with me and for hosting such a valuable and eye opening series. 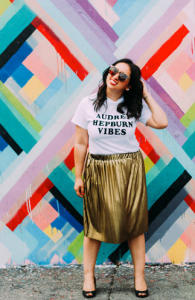 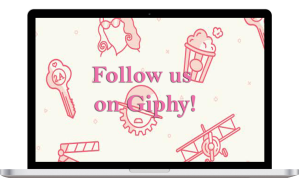